Posted on June 6, 2019 by FTV Admin in Uncategorised

Working closely with artisans and partnering with like-minded organisations to promote the pottery, carving, weaving and jewelry making that defines Angkor, we sometimes lose sight of some of the more startling features of Angkor art and crafts. That’s why it’s always interesting to hear the observations of the hundreds of guests who visit the Fair Trade Village to watch artisans create handmade items. Here are some features of Angkor artisanry, past and present, that intrigue our guests.

1. Khmer carvers find their own groove

For many centuries Khmer artisans dutifully replicated the patterns and styles of Indian craftsmen, but while the subject matter continued to focus on characters and events found in Hinduism and Buddhism, it didn’t take long for Khmer artists to develop a local style.

To the untrained eye, even the bas-reliefs of Angkor Wat appear to be heavily influenced by Indian styles, but by the 11th century, Khmer crafts were completely original. Pre-Angkorian temples dating back as far as the 7th century clearly illustrate a departure from Indian influences.

It must be a coincidence, but there are some interesting correlations between Khmer styles that flourished after the 10th century and statues of ancient Egypt. Khmers began to create stand-alone sculptures of significant scale, an initiative which certainly can’t be attributed to the Indian influence.

As the empire expanded to fill most the peninsula, carvers began to shift their focus to realism, probably at the request of their increasingly powerful royal patrons. Depictions of kings and princes as godlike beings again echo the Egyptian theme of royals born with a divine right to rule.

To the layman, they are simply beautiful patterns adorning traditional Angkor art, from wood carvings to ceramics, but the intricate Khmer motifs known as kbach are applied with strict respect to tradition. These decorations are incredibly important to modern masters who carry the responsibility of ensuring these distinctively Cambodian motifs survive through future generations.

You can’t recall Cambodia’s modern history without remembering the civil wars that decimated the population. But for more than 50 years, the kingdom actually benefited from wars that plagued Europe, particularly the two world wars. As textile industries were impacted abroad, Cambodia’s well-established industry was ready to fill the gap. Already world famous for silks including ikat, Cambodia’s textile industry boomed.

At the peak of the nation’s production there were more than 5,000 hectares of Mulberry plantations. Weavers cultivated their own mulberrys to create the highest quality silks. Sadly, mulberry plantations were in decline after World War II, and of little use to the Pol Pot regime. Thankfully there is resurgence on the horizon and renewed hopes that domestic plantations could expand to satisfy the 400-tonne demand of the Cambodian textile industry.

Contemporary stone carvers can faithfully replicate the work of their ancestors, thanks to modern tools and techniques. What continues to baffle master stone carvers is the ability for ancient artisans to achieve the detail and consistency evident at Angkor temple sites, and the more intricate Angkor artworks displayed in the National Museum of Cambodia.

Fortunately the city of Angkor continues to reveal its secrets. In 2016 a stone carvers workshop was discovered near Angkor’s royal palace, and may reveal ancient techniques or tools that solve the mystery. As archeological digs uncover artifacts, relics are also being repatriated after decades of looting stripped the ruins of some of its most exceptional carvings, bas-reliefs and statues.

Sign up to our newsletter for all our handmade news 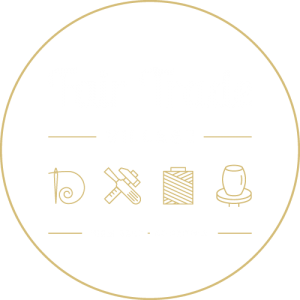 Want to visit us? We'll pick you up
Open everyday from 9am to 7pm